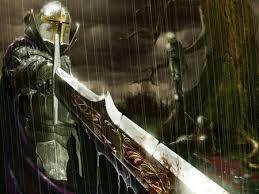 12 Mar 2014 19:47 #141148 by JL13000
Replied by JL13000 on topic Wiccan and Jediism
Hi jorge,
I have studied the Wiccan way for a while now. There are things that are the same in both religions like the concept of magick and the force. It is the same thing yet they have different names.

Sorry about the mess, i'll repost this in a more understandable way.

12 Mar 2014 22:34 #141161 by Alan
Replied by Alan on topic Wiccan and Jediism
Like many other religions, Wicca, is not just one kind of spirituality. The designation 'Wiccan' can mean different things to different persons. It's current expression has origins in the mid-20th century but its roots are ancient. My particular syncretic mix of Jediism includes an 'earth religious' aspect which could be considered similar to the Wiccan ethical attitude towards nature sans magic. Investigating how the Jediism of our Temple can complement a Wiccan spirituality would be an interesting spiritual path. Our teachings and maxims could be integrated into an authentic Jedi-Wiccan spirituality, depending on the kind of Wicca (some forms will be more complementary than others).

15 May 2014 10:18 #147414 by Mdvmonk
Replied by Mdvmonk on topic Wiccan and Jediism
Wicca and Jediism work side by side to truly understand both you must give up the fear of light and dark. I have studied wicca since the age of 11.

Force: dark side,light side again both the same how the person chooses to use the knowledge of the force. Is what makes them good or bad not the force.

12 Mar 2016 02:21 #233127 by Valora777
Replied by Valora777 on topic Wiccan and Jediism
In wicca, there are the 4 elements; Air, Fire, Water and Earth plus 1: Akasha or ether. Since i got curious enouph about Jediism to reaserch it, it hit me that Akasha and the Force are very similar. So i changed some of the pages in my Book Of Shadows to reflect this change. I hope it helps!

Less More
12 Mar 2016 05:10 #233148 by Carlos.Martinez3
Replied by Carlos.Martinez3 on topic Wiccan and Jediism
One of many joys I have found in my own path is my Jedi ism allows many to be at the same moment. I appreciate the study and the tranquility of the Wiccan faith. The connection they have with the earth. The devotion to it. The mind and heart of a Wiccan can be a glowing treasure if we see it that way. The peace I receive when a sacrifice of wood is given and praises sung to the winter and the one who gives life in the season present. That kind of connection I am familiar with. Do I consider my self Wiccan? I have learned and appreciated the same way and hold similar values. I share the connection with them. Ive seen it first hand. The same can be said that I have seen the Wailing wall. Am I religious? You cant put that many people in one place concentrating on the same thing and not share the vibe the feeling of remorse and that rapture freedom. These things are real. The ideas work, I don't label em in my life because I know given time I may want to learn em all . This is only my own personal view. but I kina like it ....
Contact The Clergy
Pastor of Temple of the Jedi Order
This email address is being protected from spambots. You need JavaScript enabled to view it.
The Block
Build, not tear down.
Nosce te ipsum / Cerca trova
The following user(s) said Thank You: Alan

What can one person do?

The Masks We Wear