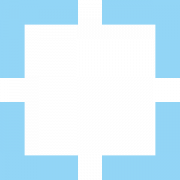 Arousal is objectively measurable as activation of the sympathetic nervous system, how awake a system is, but can also be assessed subjectively via self-report. Arousal is a construct that is closely related to motivational intensity but they differ in that motivation necessarily implies action while arousal does not.

Motivational intensity refers to the impulsion to act; the strength of an urge to move toward or away from a stimulus. Simply moving is not considered approach (or avoidance) motivation without a motivational urge present.

Valence is the subjective positive-to-negative evaluation of an experienced state. Emotional valence refers to the emotion’s consequences, emotion-eliciting circumstances, or subjective feelings or attitudes

So arousal seems to equate almost to readiness, motivational intensity seems like a good base for feelings from resting perception of environment, and valence then the interface from the affective frame of reference into more complex conscious representation.

And as a distinct domain of awareness, affect is often partnered with cognitive and conative domains. Cognition being the "the mental action or process of acquiring knowledge and understanding through thought, experience, and the senses" and conation is any natural tendency, impulse, striving, or directed effort. In short, the affective part of the brain deals with emotions, the cognitive part of the brain has to do with intelligence, and the conative drives how one acts on those thoughts and feelings.

The dimension of motivational intensity seems to sit at the junction of subconscious impulse and consciousness and would seem to indicate a strong association with the kinesthetic sense and proprioception. If this were true, then it would seem fair to entertain the concept that the entire enabling paradigm of consciousness was nested upon this pathway. A main circuit of such a system would have to be the monitoring of environment for safety and survival, and since this process of perception seems to inform the system at each level, it also seems to constitute a primary impulse throughout it.

The view that action is intrinsic to perception is called enactivism. It argues that cognition arises (via this pathway perhaps) through a dynamic interaction between an acting organism and its environment, such that "Enaction is the idea that organisms create their own experience through their actions. Organisms are not passive receivers of input from the environment, but are actors in the environment such that what they experience is shaped by how they act.".

Considering this approach then we can examine our motivations to act, and interpret the forms of enaction which are positive or negative for us. For example while we may have a habit of eating when we are hungry, we might not notice that we start paying a lot more attention to food advertisements when we haven't eaten in awhile, which starts to make us hungry, which makes us look more... in a feedback loop until we feel like we have no choice. Of course its natural to look for food, and we take the concept of eating when hungry for granted.... but consider that throughout most of history food was not plentiful and also consider the contemporary foodstuffs today are quite unhealthy. Our subconscious impulses might not necessarily always be the best course of action and I would argue there are mechanisms like the one here which reinforce impulse action, probably through the reward centres of our neuroanatomy.

To consider the food example in more depth, consider the habit of feeding ourselves whenever we get hungry has entrenched itself so much that it now operates as a subconsciously derived arousal. It then generates a motivational intensity to enact gathering which arouses the initiation of hunger within the body, which starts shifting the valence to the tipping point - the point where affect initiations cognition about how to manifest satiety, and finally conation to resolve the uncomfortable state of being aroused particular to hunger. The more we do it, the more the subconscious learns how to use enaction to drive eating. And of countless generations of ancestors who barely had enough food to survive means our hardwired subconscious gives great importance to eating, then its going to be easy to shoot oneself in the foot.

A Thought to the Jagat Mandala