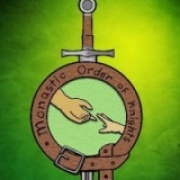 FENCES Clip: HOW COME YOU AIN'T NEVER LIKED ME?

Celebrities Speak Out On Fame & Materialism

A Message To Humanity!

more videos and audio speeches on the way

motivation and inspiration. spread the word and the love. We all are witnesses
More
00:15:01

The sonata has three movements:

The first movement, in C♯ minor, is written in an approximate truncated sonata form. The movement opens with an octave in the left hand and a triplet figuration in the right. A melody that Hector Berlioz called a "lamentation", mostly by the right hand, is played against an accompanying ostinato triplet rhythm, simultaneously played by the right hand. The movement is played pianissimo or "very quietly", and the loudest it gets is mezzo forte or "moderately loud".

The adagio sostenuto has made a powerful impression on many listeners; for instance, Berlioz said of it that it "is one of those poems that human language does not know how to qualify. The work was very popular in Beethoven's day, to the point of exasperating the composer himself, who remarked to Carl Czerny, "Surely I've written better things.

The second movement is a relatively conventional scherzo and trio, a moment of relative calm written in D-flat major, the enharmonic equivalent of C♯ major, the more easily-notated parallel major of C♯ minor. Franz Liszt described the second movement as "a flower between two chasms."[citation needed] The slight majority of the movement is in piano, but a handful of sforzandos and forte-pianos helps to maintain the movement's cheerful disposition.

The stormy final movement (C♯ minor), in sonata form, is the weightiest of the three, reflecting an experiment of Beethoven's (also carried out in the companion sonata, Opus 27, No. 1 and later on in Opus 101) placement of the most important movement of the sonata last. The writing has many fast arpeggios and strongly accented notes, and an effective performance demands lively and skillful playing.

It is thought that the C-sharp minor sonata, particularly the third movement, was the inspiration for Frédéric Chopin's Fantaisie-Impromptu, which manifests the key relationships of the sonata's three movements.

Of the final movement, Charles Rosen has written "it is the most unbridled in its representation of emotion. Even today, two hundred years later, its ferocity is astonishing.

Beethoven's heavy use of sforzando notes, together with just a few strategically located fortissimo passages, creates the sense of a very powerful sound in spite of the predominance of piano markings throughout. Within this turbulent sonata-allegro, there are two main themes, with a variety of variation techniques utilized.
Beethoven's pedal mark
See also: Piano history and musical performance, Mute (music), and Piano pedals#Beethoven and pedals

At the opening of the work, Beethoven included a written direction that the sustain pedal should be depressed for the entire duration of the first movement. The Italian reads: "Si deve suonare tutto questo pezzo delicatissimamente e senza sordino". ("One must play this whole piece [meaning "movement"] very delicately and without dampers.") The modern piano has a much longer sustain time than the instruments of Beethoven's day, leaving for a rather blurry and dissonant tone.

One option for dealing with this problem is to perform the work on a restored or replicated piano of the kind Beethoven knew. Proponents of historically informed performance using such pianos have found it feasible to perform the work respecting Beethoven's original direction.

For performance on the modern piano, most performers today try to achieve an effect similar to what Beethoven asked for by using pedal changes only where necessary to avoid excessive dissonance. For instance, the Ricordi edition of the score posted at the external link given below does include pedal marks throughout the first movement. These are the work of a 20th century editor, meant to facilitate performance on a modern instrument.

Half pedaling — a technique involving a partial depression of the damper pedal — is also often used to simulate the shorter sustain of the early nineteenth century pedal. Charles Rosen suggests both half-pedaling and releasing the pedal a fraction of a second late.

Banowetz offers a further suggestion: to pedal cleanly while allowing sympathetic vibration of the low bass strings to provide the desired "blur." This is accomplished before beginning the movement by silently depressing the piano's lowest bass notes and then holding these dampers up with the sostenuto pedal for the duration of the movement.
More
00:55:15

Live fully and with a purpose