22 Aug 2021 05:08 - 22 Aug 2021 05:15 #362204 by WoodfordJedi
Replied by WoodfordJedi on topic Family Library
Big fan of librarys myself. Librarian in school, and spent many an hour in the NSW state library in Sydney as a young man.
I taught myself how to speed read as a teenager and combined with an eidetic memory could knock over a paperback in half a day.
To be honest speed reading a good book is like wolfing down a nice meal, Its better to take your time and enjoy the process.
But ive always had a deep enjoyment of books, The demise of second hand bookstores is a sore point with me, and while the internet gets me any title i want, its not the same as the thrill of the hunt. I have one of the largest Doctor Who novel collections in the southern hemisphere, and my catalog if Sci fi books including rare 1st editions have all been accepted by the Sydney university's Sci fi library (another biggest in the southern hemisphere collection ) as a bequest when i no longer need them. All good librarys should have a suit of armour imo and mine honours the tradition

This wall is continued around the rest of the room

Vandrars Hesse quote resonates with me.

I also began collecting a british scifi comic in 1977 called 2000AD. For my last birthday my wife gave me a tablet with comic reading software preloaded with them from issue 1 to 1500.
Ive enjoyed the trip down memory lane, and the technology makes having this vast body of work easy to carry around. Its not quite the same as the paper versions, but on balance a priceless gift for the likes of me
Last edit: 22 Aug 2021 05:15 by WoodfordJedi. 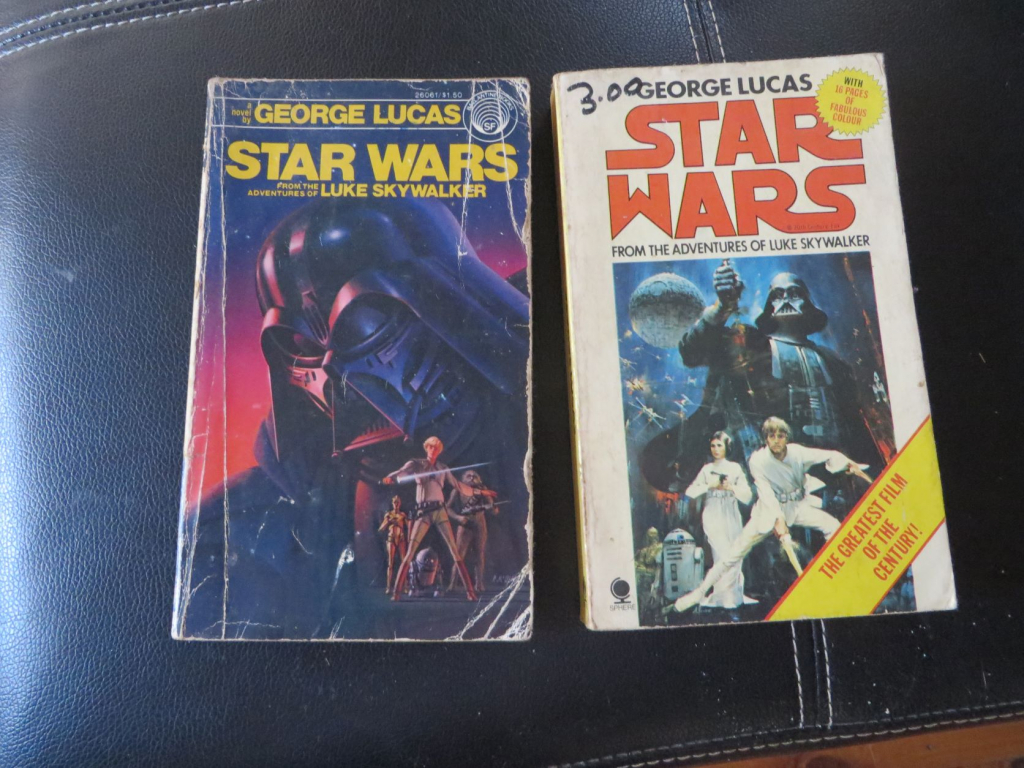 Less More
24 Aug 2021 13:30 #362282 by Carlos.Martinez3
Replied by Carlos.Martinez3 on topic Family Library
I love old books and old bookfaces. Thank you for sharing them with me and the site. It is a hobby of mine like bird watching. Go figure.
Contact The Clergy
Pastor of Temple of the Jedi Order
This email address is being protected from spambots. You need JavaScript enabled to view it.
The Block
Build, not tear down.
Nosce te ipsum / Cerca trova
The following user(s) said Thank You: WoodfordJedi

25 Aug 2021 02:51 - 25 Aug 2021 02:52 #362295 by WoodfordJedi
Replied by WoodfordJedi on topic Family Library
Ive been a birdwatcher since i was about 6 or 7, i remember forming a club in school.
Where i live is amazing, and ive used the local bird watching clubs to identify a number of birds that ive seen. My Village has one of the largest sulphur crested cockatoo colonys here, and we also have their larger cousins the black cockatoo. This one is taken in my front yard

And these guys, and their descendants come back to the front pond every year, im expecting this years batch any day now, Male duck is guarding the pond, and his girl is only coming in morning and evening for a feed

Less More
25 Aug 2021 09:44 #362304 by Vincent Causse
Replied by Vincent Causse on topic Family Library
beautiful part of the world !! for who ever who has kids should know that silence means troubles !

I pulled these from the shelf just for you.

These were pre ESB, anything that gave us a SW fix was gold in those days, and these were wonderful to read while we waited for the next movie.

Live fully and with a purpose